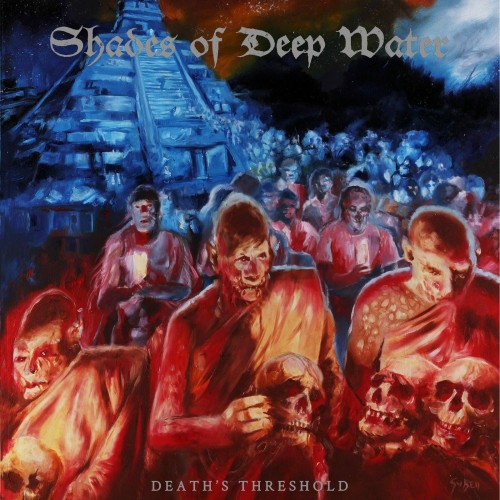 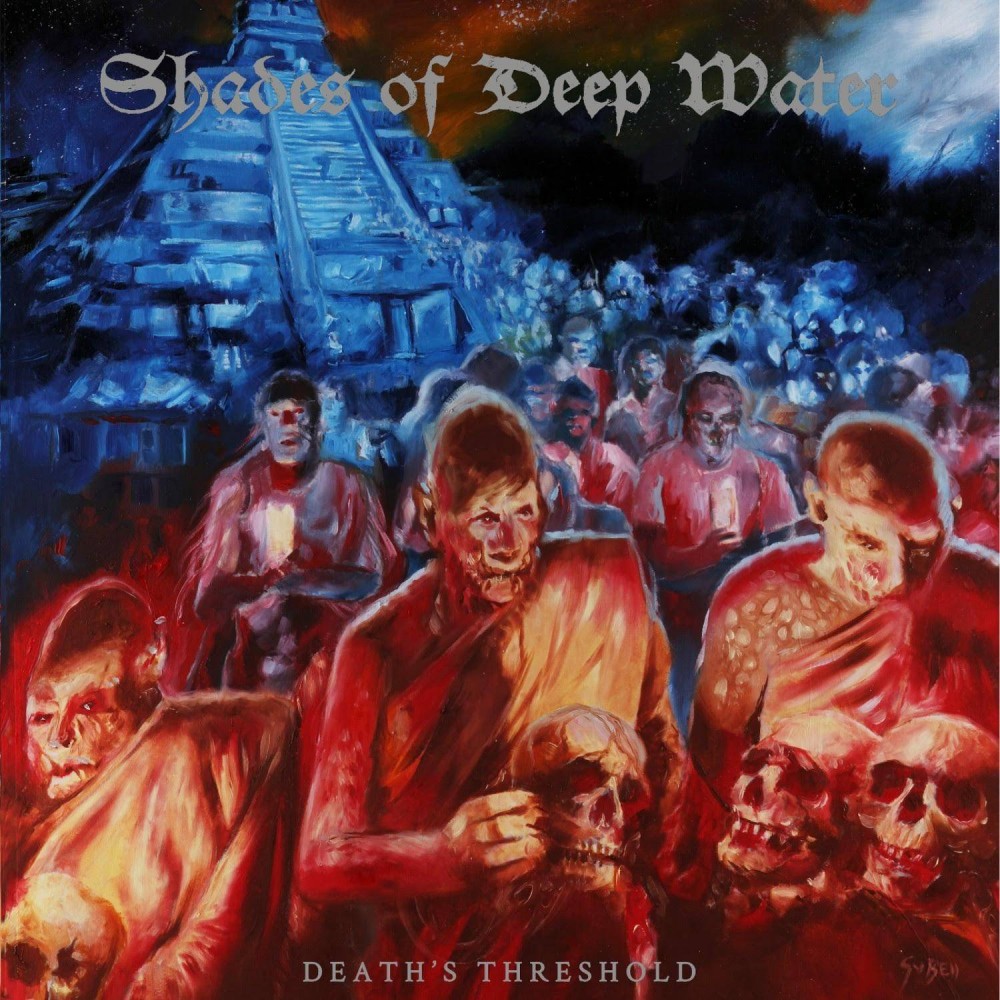 Format: LP
A cult fixture in the funeral doom scene, SHADES OF DEEP WATER began its exploration of the abyss in 2006. The sole creation of one J.H., the band's ascent/descent has been as steady as his music is slow.
€17.50
Tax included

A cult fixture in the funeral doom scene, SHADES OF DEEP WATER began its exploration of the abyss in 2006. The sole creation of one J.H., the band's ascent/descent has been as steady as his music is slow. From 2007 to 2009, three demos were released in succession and then the Constant Pressure EP in 2012, all before the debut album, Waterways, in 2013. Aptly titled, Waterways suggested the aquatic, abyssal themes SHADES OF DEEP WATER would henceforth explore. From there, J.H. hit a creative streak, with two more EPs following as well as two compilations, such was the demand for his music among ultra-doom afficionados. Now, at long last, arrives SHADES OF DEEP WATER's magnum opus, Death's Threshold. Likewise aptly titled, Death's Threshold is a veritable exploration (and celebration) of his native Finland's rich history in funeral doom and doom-death. Comprising four utterly epic, stretched-across-the-abyss tracks in a vast-yet-focused 41 minutes, here do SHADES OF DEEP WATER drown the listener in physically/spiritually crushing atmosphere, dragging that listener down/down/DOWN under, far below the depths and never to return; the effect is hauntingly hypnotic, and almost comfortingly so. But, as this is strictly (and unapologetically) within the funeral doom pantheon, rest assured that there is no light, no hope, wherever the album roams. Where will you chose to roam? Allow SHADES OF DEEP WATER to take you to Death's Threshold. "Death's Threshold" was recorded between 2017 - 2018 by J.H. in Jyväskylä, Finland. All instruments and vocals by J.H. All music written, performed, recorded, mixed and produced by J.H. Mastered by Dan Lowndes at Resonance Studio (UK). Album cover artwork by Sv Bell (Canada). Photos by Hannu Rainamo (Finland). Executive Production by Dunkelheit Produktionen, Germany. 2019.