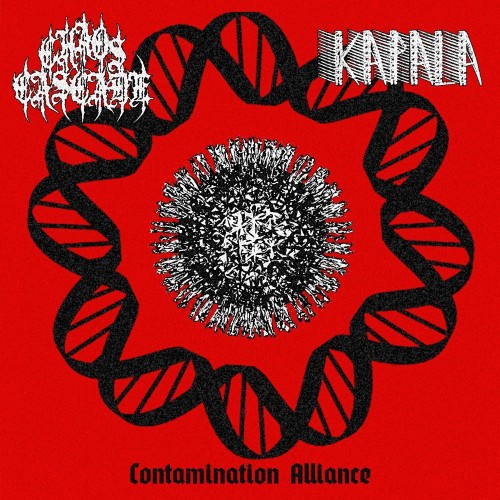 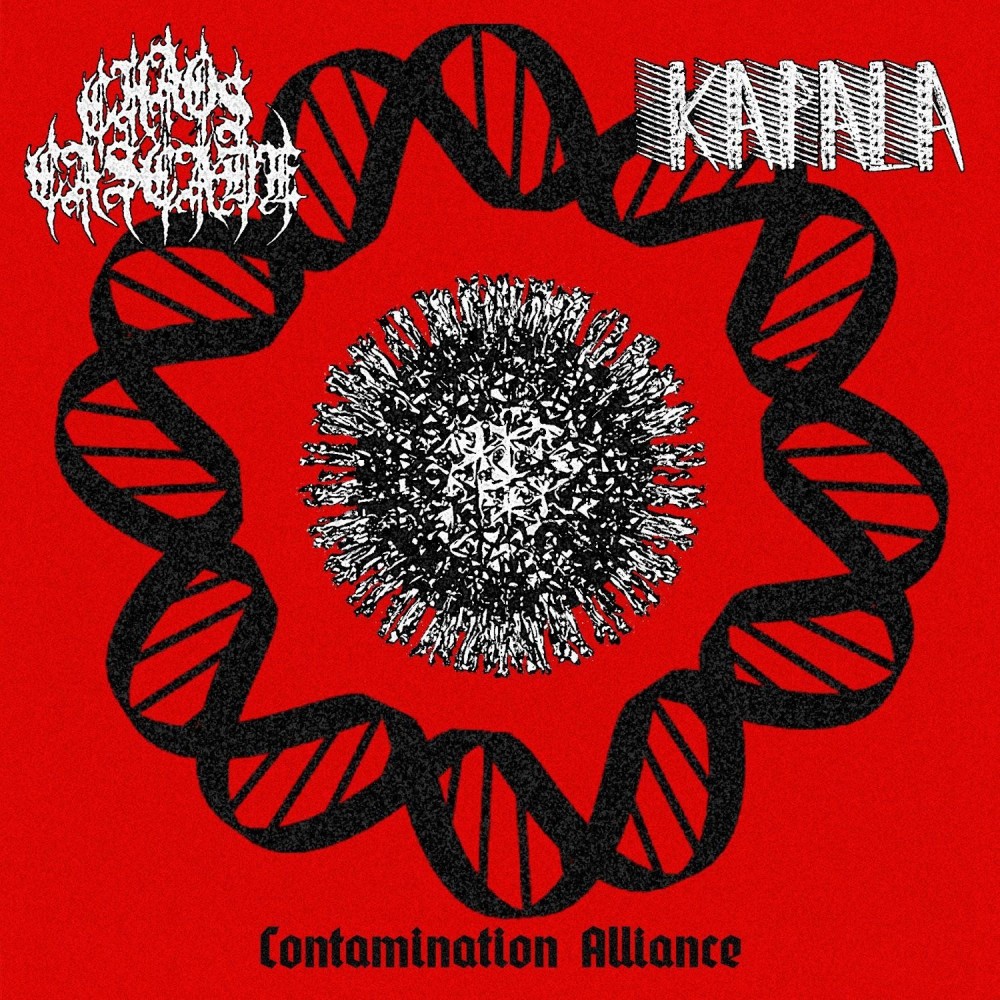 Format: LP EP
After the impacting assault of Kolkatian Warnoise command "Infest Cesspool" and the devastating yet hateful assault on the modern world "Termination Apex", KAPALA allied with german power electronics act CHAOS CASCADE for a cooperation to leave this world behind in ruins and ashes: "Contamination Alliance".
€14.50
Tax included

After the impacting assault of Kolkatian Warnoise command Infest Cesspool and the devastating yet hateful assault on the modern world Termination Apex, KAPALA allied with german power electronics act CHAOS CASCADE for a cooperation to leave this world behind in ruins and ashes: Contamination Alliance. A wall of destructive and crushing Warnoise will throw down and finish the listener... Harsh, sharp and manipulating frequencies by CHAOS CASCADE will do the rest and open the gateway of an unknown matrix beside this world. A cruel world behind this world... KAPALA kick off with a true explosion of brutality. Pounding drums and clear, ripping guitar riffs are mingled together to form a block of truly unrelenting War Noise. Always mainting a perfect balance between musical elements and harshest chaos, the Indian battle unit marches through their side of the split spitting in the faces of those unworthy of life and reaching peaks of brutality which may only be matched by acts like Intolitarian or Tetragrammacide. CHAOS CASCADE offers yet another approach, expanding their sonic arsenal while staying true to their classical brand of unrelenting barbarism. Dark analogue throbs and crispy analogue textures form a truly demonic atmosphere, which will crush the weak into a mass of bloody pulp. This is mid-paced Power Electronics dominance with elitist War Metal attitude and truly a rope around the neck of human vermin, which gets more and more intense every second, until it reaches the final ejaculation of harshness and dissonance. „Contamination Alliance“ is brutality and violence condensed into wax and another successful assassination carried out by the German and Indian audial death squads. This is definitely not for the blind and crippled mass, but a declaration of war on modernity. All music by CHAOS CASCADE and KAPALA. CHAOS CASCADE info: Recorded in a brothel in 2019. Mastered at Studio Hel, 2020. KAPALA infos: Recorded at Kolkata Inner Order Bunker, 2019. Mixed and Mastered by KAPALA, 2020. Artwork & Layout by Qayin Mandala Graphex. Executive Production by Dunkelheit Produktionen, 2020. WWW.DUNKELHEIT.CC